It’s one body sprouting with countless stems of unimaginable dance moves as the ears listen to the beats of Africa.

Like music, dancing is an expression of emotion. As the African saying goes “there’s no smoke without fire”, music becomes the catalyst that sets our bodies in motion.

African dance and music are coined in one single word “Afro”. Afro is everything beats and moves expressing the African cultural identity and feelings through the African rhythm.

African dance covers both spiritual and social context. Some are particularly for traditional purposes and rituals, whereas others are simply for entertainment and self-expression.

For decades different dance styles have been pioneered from West to East, North to South, and have reached the ends of the world. It is beautiful watching the world not just playing Afro joints but grooving to it the African way.

Alright, it’s time we take you to the dance floor. Here’s 10 amazing dance styles that has Africa’s signature all over it:

Straight outta Congo, the Rosalina Dance became a thing promoted by BM’s famous song “Rosalina” meaning “Break Your Back”. Yes, African dance can be very energetic, but your spine is definitely not going to crack 🙂

Rosalina is electrifying. The dance kinda keeps the adrenaline really high, all thanks to the dope Congolese beat setting the pace. It includes systematic movement of the entire body: legs, arms, and waist.

It sparked a whole challenge on social media as people began to share videos showing off their jaw-dropping dance skills.

If you must have watched Mr Bones, the “gwara gwara” club swinging scene in the comedy film, is a tip of the iceberg on how to dance the Gwara Gwara.

The South African dance went viral as people around the world joined lifting and swinging one leg while getting the entire body involved, including the arms in synch with the leg movement.

Like a ball golfed into the sky flying to America, the moves rocked the Grammy Award Ceremony’s floor about three years ago.

Thanks to DJ Bongz for moving his hand and leg at the same time. Have you seen Rihanna dancing Gwara Gwara?

Another South African dance that traveled far is the Melwedhe or call it Idibala. In Sepedi, “Melwedhe” means “illness”. But trust me you’ve to be physically healthy to dance the Melwedhe ’cause you’ve to rise and fall like it’s forex trade.

This move became popular as a result of King Monada’s hit song. The hook is where the whole fun is. When it’s gets to “ke na le bolwedhe bao idibala” (I have an illness of fainting), that’s the point you get to fall and rise quickly 🙂

It definitely took the world like tsunami. The Chinese loved it!

It was a movement of winning souls to Christianity. Three Kenyan gospel artists: Timeless Noel, Hype Ochi and Jabiddi, brought the moves to limelight.

Kenyan youths in slums and low income “hoods” were the target audience. They liked it and wore their dancing shoes right away, carrying their cross as well.

There’s a message in it. Odi, it’s more than just making moves. It’s an act of making a statement, a confession, and believing in Jesus Christ. “Odi” means “ordinary”, for Christ who’s extraordinary, lived among humans as an ordinary man.

When you hear Pilolo, Zigi comes next. Incredible Zigi as he’s famously called, is a popular Afro Ghanaian dancer and the pioneer of the Pilolo Dance. While rehearsing for a music video, Zigi miraculously gave birth to Pilolo 🙂

Arguably, he came up with the amazing African Kupe Dance as well.

Who knew Janet Jackson will ever make a move straight outta the streets of Ghana?

Though the dance is majorly footwork, one can add a freestyle to it, making it personal and filled with individual expression. It has come to be known as the “Nigerian Gangnam Styles”, originating from the streets of Nigeria.

This amazing list would be incomplete without the Wakanda Dance sparked with the release of Black Panther in 2018 starring Chadwick Boseman (now late).

The dance is iconic as the moves involve making the Wakanda royal handcrossed sign of allegiance. With no doubt, it was a force to reckon with, as it elevates Africa and unites Africans from all parts of the world.

But there’s more dance styles in motion as we speak 🙂 I’m gonna get outside now. Oh I can just turn on the telly…

Wanna try some of these moves? To get them right, check out tutorials on YouTube. For now, put on your shoes (that’s if you need them), and see what you can with the video below: 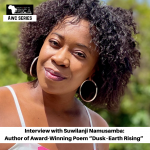 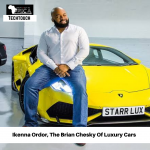 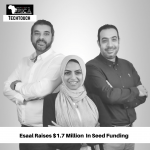