Are AI Technologies Here To Take Our Jobs? A Talk With Ayokunle Ayoko 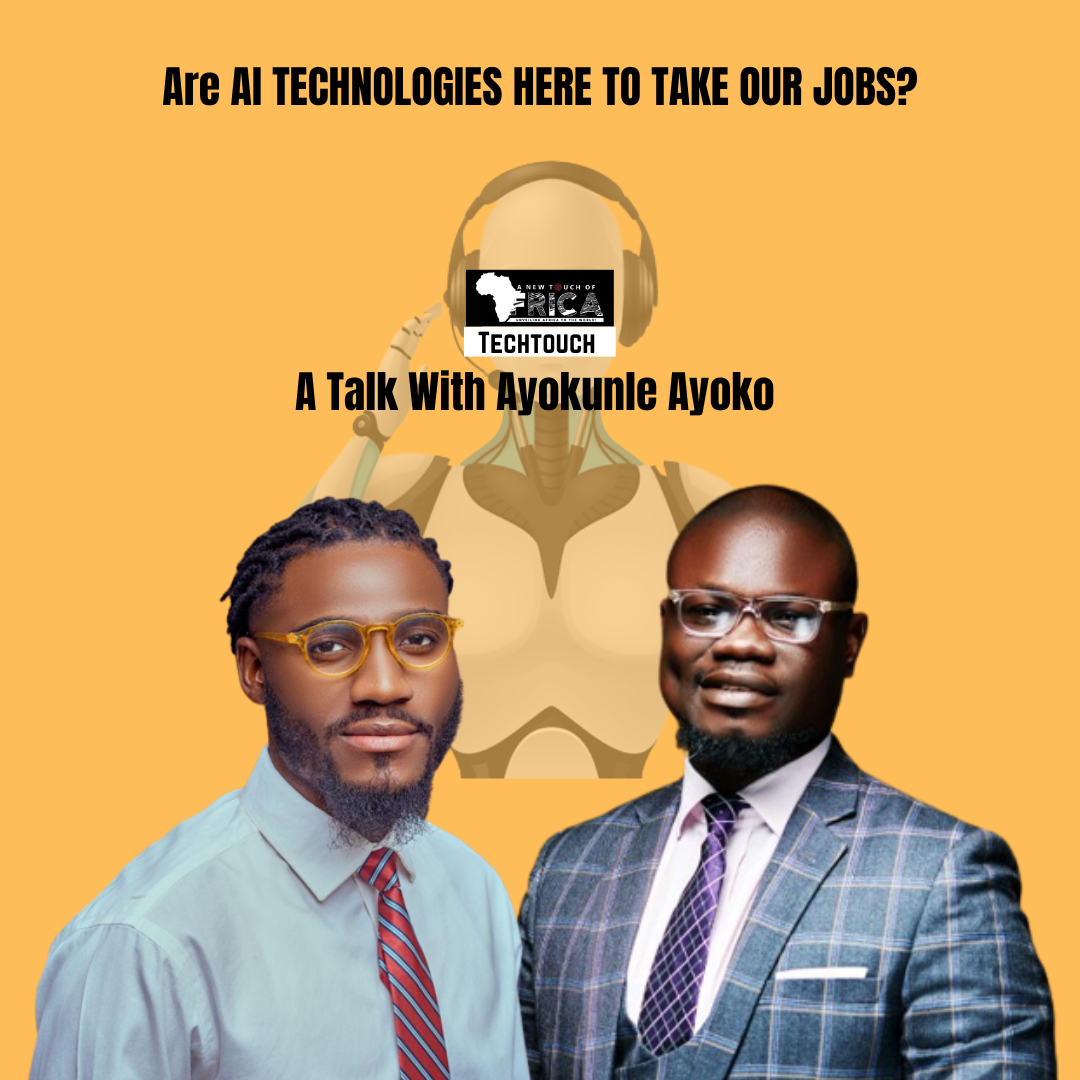 Ayokunle Ayoko is a legal advisor and an award-winning general counsel who recently shared on his social media concerns about the possibility or probability of AI (Artificial Intelligence) taking over litigation in the legal sector.

First, I didn’t ask Ayokunle the above-mentioned question. I asked an AI instead. And this was the response:

AI technologies are not designed to take away human jobs, but rather to help make certain tasks more efficient and cost-effective. AI can automate certain repetitive tasks, freeing up workers to focus on more complex and higher-value activities. It can also make data-driven decisions faster and more accurately than ever before. Ultimately, AI technologies can help us become more productive, free us up for creative endeavors, and empower us to make better decisions – AI

In a podcast with Olubusola Ajala, Ayokunle Ayoko mentioned that in the future, non-lawyers would increasingly encroach into traditional legal work—contracting, agreement drafting etc.

“Already, when you go to hotels and provide your information, a contract is immediately generated by the receptionist (a non-lawyer). Now robots are taking over litigation,” he posted on his LinkedIn.

“I had also said that to stay ahead of the game, lawyers must continuously develop capacity and mastery in novel areas of law where a higher level of legal thinking is required – AI, Tech Law, Space Law, etc.

Jurisdictional issues around meetings, jurisprudential issues surrounding social media, etc, are some questions that needs to be answered by the law and lawyers as the world becomes globalized.

This is the destination the world is navigating and lawyers must not play catch-up. I predicted this was the future. I was wrong. It’s not the future. It’s now.”

The Conversation On AI  With Ayokunle Ayoko

Me (Elijah Christopher):
It’s the IQ economy. Everyone has to step up. Not just the legal sector.

AOA (Ayokunle Ayoko):
Very true. AI at present is a danger to all jobs….AI in 10 years will knock most people out of work…what then happens Elijah Christopher?

Me:
Ayokunle Ayoko (AOA) what do you think happened when sophisticated computers were first introduced into the workplace? I think adaptability is humans’ superpower but by natural selection some/most would be left behind.

AOA:
Agreed. But AI is a different proposition. AI is designed to think….much more a threat to our way of life than basic computers… Me:
Yeah, this is all captured under tech advancement. Basic computers has internal and external hard drive and later cloud drive with the introduction of emails and all. AI is on another level as you pointed out. It’s a human drive if you think deep about the idea and a machine in terms of physical and non-physical form designed for higher performance. We can fight through tech and job employment policies to some degree but we can’t deny that it would DEFINITELY replace some/most people.

AI can replace all humans in the future. And if that’s possible, then maybe humans wouldn’t need to work anymore. We can have them as The Modern Slaves Of Mankind without emotions and racial bias.

This change would definitely not happen at the same time. For Africa, digital infrastructures has to be paid attention to (which according to some sources would cost about $170bn at the moment).

Like I said, we just have to individually step up. It’s a food chain ⛓️

Disclaimer: This article simply captures our individual opinions and ideas on the innovations of tech (in this case Artificial Intelligence). Please endeavor to carry out your own research.