Thousands of Muslims in Cameroon’s capital, Yaoundé, have defied Sunday’s ban of Eid-al Fitr public prayers, ordered as part of measures to stop the spread of COVID-19.  There have been 4,400 confirmed cases and 197 deaths in the central African state in less than three months. The ban was announced after more than 500 people tested positive for COVID-19 in Cameroon within 24 hours.

Speaking via a messaging application from his residence, Mamadi Mahamat, the highest government official in Yaoundé’s second district, said he was surprised that many Muslims were ignoring government instructions that Eid-al Fitr prayers not be held this year in public spaces, with thousands of faithful coming out to pray as has been traditional in Cameroon.

He said he had asked police to make sure Muslims do not have access to the two main public prayer grounds in Yaoundé’s second district after he was told thousands had defied his instructions to pray at home and were insisting on saying their prayers at the public prayer grounds. He says all imams and Muslim leaders in Yaoundé should also respect the commitment they took to only pray in three of the district’s 42 mosques, maintaining social distancing.

Mahamat said the ban on prayers in public spaces traditionally used by Muslims on feast days was taken to stop the spread of the coronavirus after 514 people tested positive on Wednesday alone, bringing the number of COVID-19 cases to 4,400, with 197 deaths in Cameroon in less than three months.

Muslim Issa Karimou said that although he is aware of the dangers of COVID-19, he prayed in public with other Muslims as a sign of respect to the teachings of the Quran.

He said he would be disobeying the Prophet Muhammad and the teachings of the Quran if he failed to say Eid prayers in public together with other Muslims. He said that without the prayers, his 30 days of fasting from dawn to dusk during Ramadan would be in vain, and that the government should instead encourage Muslims to pray constantly for Allah’s grace and protection as people are being infected and are dying of COVID-19.

Njimgou Ibrahima, spokesperson for Muslims in Yaoundé’s second district, said it would be wise for Muslims to protect themselves from the coronavirus and be healthy to promote their religion and be useful in building their communities.

He said he is calling on all Muslims to leave public spaces and pray at home or in mosques, respecting government instructions that people should be at least 2 meters apart. He said no Muslims should organize a feast that brings together more than 10 people, and that social distancing norms should be followed, and people should wash their hands regularly.

Last month at the start of Ramadan, 13 mosques were sealed, and the police used force to disperse Muslims praying at mosques for violating government orders not to gather in groups of more than 50, about 2 meters apart, because of the coronavirus.

In Nigeria, thousands of Muslim worshippers in Kano and other northern cities trooped out to their various Eid prayer grounds on Sunday  to observe 2020 Eid-el-Fitri rites.

The government had issued guidelines that must be complied with at all places of worship, including the use of facemask, social distancing, washing of hands with soap, all to curtail further spread of the coronavirus which has already attained community transmission in Kano.

As early as 7 a.m. yesterday, Muslims trooped out in their large numbers to their various Eid prayer grounds across the five Emirate councils to mark the Eid El Fitr. They all prayed fervently for the world to overcome the current COVID 19 pandemic.

In the north central Nigerian state of Kwara, The Emir of Ilorin and Chairman, Kwara State Council of Chiefs, Alhaji Ibrahim Sulu-Gambari, charged Nigerians to continue to pray fervently for economic prosperity, peace and unity across all facets of the nation’s economy especially the health sector ravaged by coronavirus.

The monarch also implored Muslim faithful to imbibe culture of tolerance, patience, charity and perseverance as preached in the Holy Quran and teachings of Prophet Muhammad (PBUH), adding that the Ramadan fast has left behind good legacies worthy of adopting always.

He added that stay-at-home and movement restriction orders which have affected the convergence of worshippers at the Central Yidi prayer ground remain the best option in a bid to further curtail the spread of COVID-19 infection in the state. 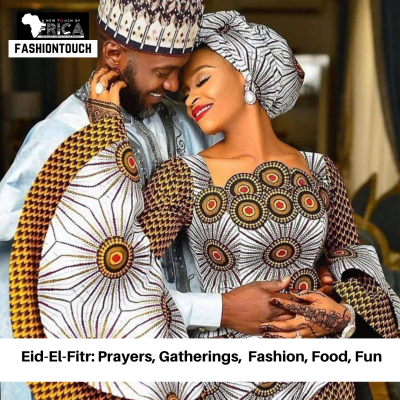