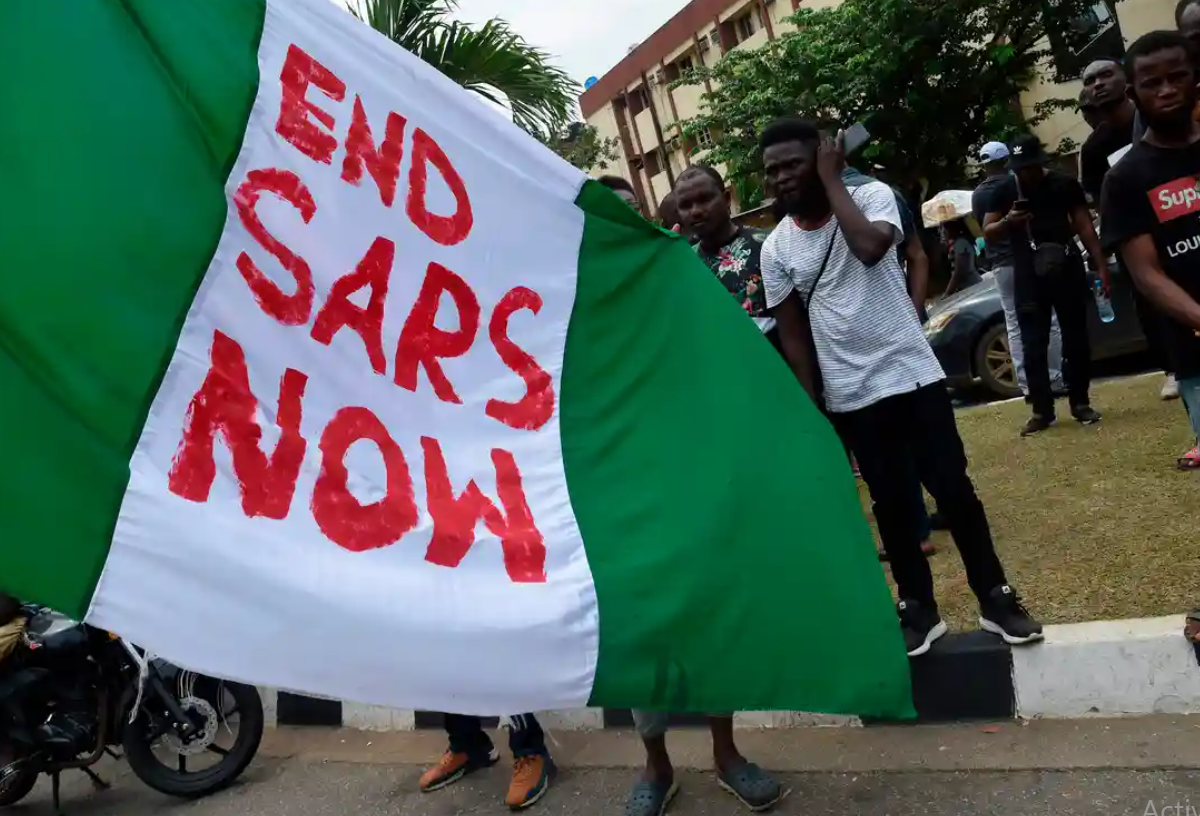 The EndSARS protesters are clearly not asleep as the sound of the Lekki Toll Gate reopening pricks their eardrums following the decision of the Lagos Judicial Panel of Inquiry.

The Lagos State Government tightens security at the Lekki toll gate while discouraging any form of protest by the Nigerian youths. Despite the government warnings, protesters gathered at the Lekki gate denouncing the reopening of the gate without any genuine response to the Lekki shooting last year.

Last weekend, on a Saturday, the Nigerian police assaulted and arrested demonstrators following orders from the government. However, with help from lawyers, they have been discharged from police custody.

The iconic date, October 20 of the year 2020 in Lagos reminds Nigerians of the lives lost in a peaceful protest against police brutality at Lekki toll gate.

The Nigerian military continues to deny shooting live rounds, while police claimed to have no involvement.

Aftermath Of the #EndSARS Protests and Lekki Toll Gate Closure

Since the closure of the toll gate after the unfortunate event, the industrious city has lost about ₦10 million daily income that has negatively affected the rate of its internal generated funds. The Lagos State Government has reportedly lost about ₦3 billion so far into 2021.

According to Lekki Concession Company (LCC) who pitched to the Lagos Judicial Panel of Inquiry for the reopening of the toll gate, 500 jobs could be lost if it remains closed.

While the state government thinks of generating revenue, the protesters seek for an answer on the shooting that claimed the lives of young Nigerians last year. The question they are asking is one that should not be left unanswered.

And the question remains “Where is the justice for the victims of the Lekki Toll Gate vshootings??”

Nigerians home and abroad continue to ask this question, and it is a certainty that sooner or later, a change in the status quo, will materialize.

FUNMILAYO RANSOME-KUTI: The Beacon Of Feminism In Nigerian History

Remembering The Soweto Student Uprising Of ’76