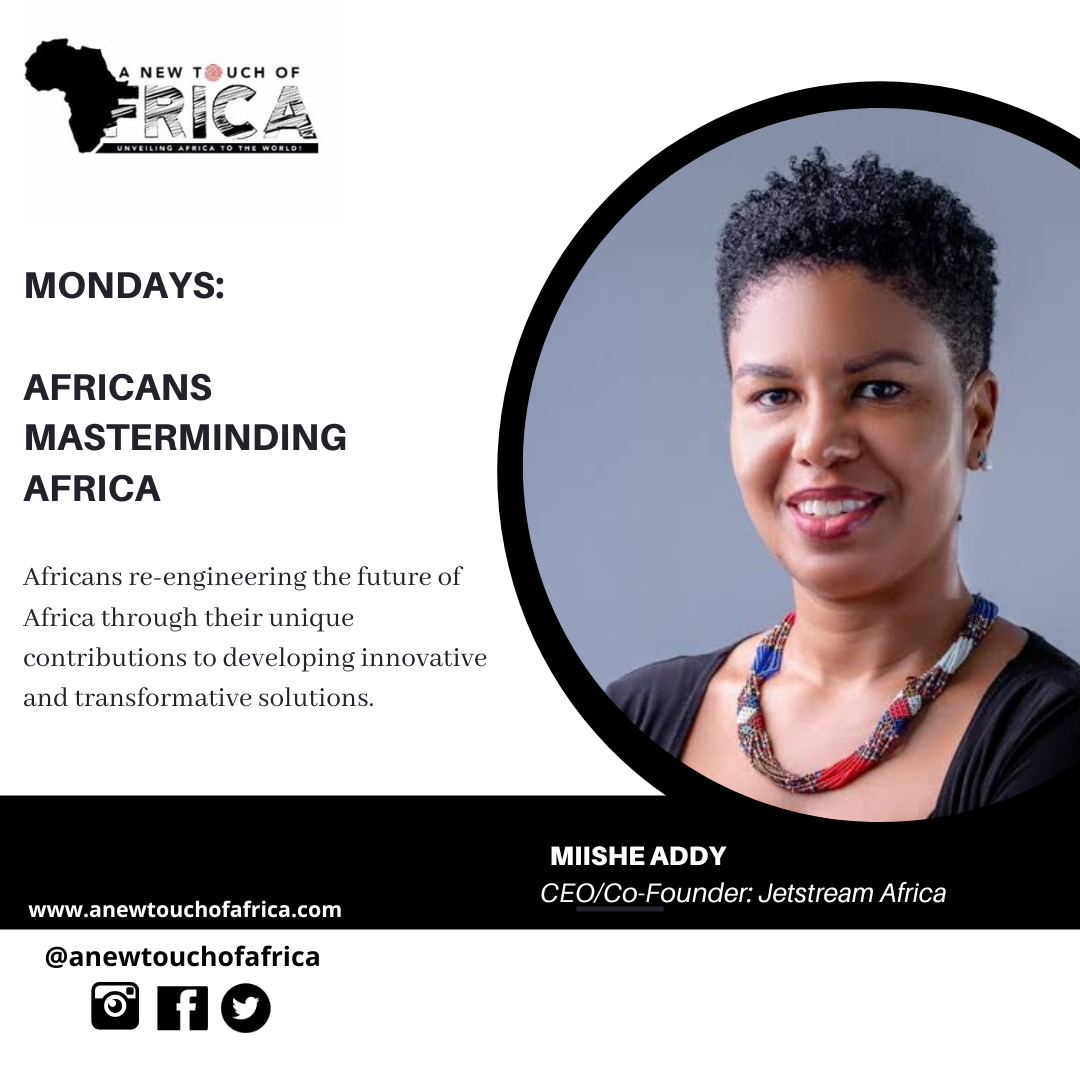 The CEO and Co-founder of Jetstream Africa, Miishe Addy, continues to tap the power of digital technology to improve shipping in Africa.

She is definitely one of the African innovative pioneers turning things around on the continent through Jetstream. The company was co-founded in 2018 designed to provide a smart and efficient supply chain management platform for exporters, importers, and logistics providers with trade finance respectively.

With Jetstream’s solution, trade has become predictable unlike when cargoes spend too much time at the ports.

You may be surprised that Addy the Jetstream CEO at some point in her life wanted to wear long nails and make a name for herself in the beauty industry.

Anywhere that was her childhood fascinations. As she grew up, things changed. She later studied Philosophy in Harvard, and later went to grad school at Stanford.

There was something about her that somehow led to Jetstream; she knows just how to make connections like the importers and exporters.

“Logistics is a relationship business; you cannot move cargo from Lagos into Amsterdam or from Johannesburg into Cairo without partnering with a minimum of nine different logistics companies. Relationships emerge with those logistics companies or define how faster cargo moves. There are benefits to being in great relationships with these providers on the ground. I find that both men and women who are good at working with other people tend to excel in this field,” she said.

But it never would have happened the way it did without the right mentorship.

“There was a woman who was like a mentor to me who connected me with other people that I admired. I wanted to know how to do the things she was doing. So it was just admiration of certain people I look up to and always being up for the challenge.” –Mishe Addy

And before Jetstream Addy owned a small yoghurt company. She has indeed been on an ups-and-downs entrepreneurial journey to make a huge impact in Africa.

“Manufacturing interests me. Eldercare also interests me, and I have some ideas about that. My interest is sparked by having problems and realizing there might be a way to use technology to solve them.”

Jetstream based in Ghana, expanded its services to Nigeria, with agents in South Africa, China,US, and the UK.

She remains one of the Africans working round the clock to greatly improve cross-border trade on the continent and across.