Saudi Arabian authorities yesterday announced a temporary ban on entry of Umrah pilgrims as part of efforts to protect the kingdom from the dangerous new coronavirus ravaging China and spreading throughout the world. Saudi’s Ministry of Foreign Affairs made the announcement via a tweet.

It is not clear how the temporary ban will affect the annual Hajj pilgrimage scheduled to hold in the next five months.

So far, some of the countries that have recorded cases of the coronavirus include China, Thailand, Japan, Republic of Korea, USA, Republic of Singapore, Vietnam, Australia, and Nepal.

Saudi Arabian officials said the ban on Umrah was an attempt to ensure public safety. The kingdom has stopped issuing visas to pilgrims and visitors to prevent the spread of the novel coronavirus.

About seven million people from the six continents perform the Umrah pilgrimage in the holy city of Makkah every year. The pilgrims also visit the Prophet’s Mosque in Madinah.

Hundreds of thousands of Muslim faithful from Nigeria also travel for the Umrah which is performed any time of the year, but more prominently during the month of Ramadan or during the commemoration of the birth of Prophet Muhammad (SAW) in the Islamic month of Rabiul Auwal.

Saudi’s foreign ministry had warned its citizens against travelling to countries where the disease has been recorded.

The ministry wrote: “In completion of the efforts taken to provide the utmost protection to the safety of citizens and residents and everyone who intends to come to the territory of the Kingdom to perform Umrah or visit the Prophet’s Mosque or for the purpose of tourism and based on the recommendations of the competent health authorities to apply the highest precautionary standards and take proactive preventive measures to prevent the arrival of the new Coronavirus (COVID-19) to the Kingdom and its spread, the Kingdom’s government has decided to take the following precautions:

“Suspending entry to the Kingdom for the purpose of Umrah and visiting the Prophet’s Mosque temporarily.

Saudi officials said the restrictions were temporary and would be continuously reviewed by the health authorities.

They, however, did not state exactly when the ban will be lifted as thousands of prospective travellers have already procured their travel documents, including flight tickets and accommodation.

Analysts believed that the decision might not be unconnected with the fact that seven Saudis were among the latest coronavirus cases in Bahrain and Kuwait. The Bahraini Ministry of Health on Wednesday said six Saudi women had tested positive for the virus.

In Nigeria, The National Hajj Commission of Nigeria (NAHCON) yesterday called on intending pilgrims planning to visit Saudi Arabia for the Umrah to suspend the arrangement until further notice.

In a statement signed by its Head of Public Affairs, Fatima Sanda Usara, the commission urged intending pilgrims for Umrah to note that the suspension affected those who had already been issued travel visas and were about to embark on the journey as well as those planning to kick start the process.

It noted that measures were being taken in accordance with approved international standards towards curtailing the spread of any disease.

A vice president of Iran, Masoumeh Ebtekar, is said to have shown symptoms of the new coronavirus, a state-owned newspaper said. She is the VP for women and family affairs. Her symptoms were, however, said to be mild and that she was not admitted to hospital.

Ebtekar is the second member of the Iranian government known to be infected, after Deputy Health Minister Iraj Harirshi, originally tasked with containing the spread of the virus, tested positive for the COVID-19 on February 25.

Friday Prayers in Tehran have been cancelled over the coronavirus outbreak, state media reported, as the authorities confirmed that infected cases in the country spiked by more than 100Iran has the highest number of COVID-19 deaths outside China. At least 26 people have died and there have been 254 confirmed cases, including 106 new infections.

Umrah operators yesterday expressed mixed feelings over the decision of Saudi authorities to suspend Umrah because of the new coronavirus global threat.

Some of the operators are, however, hopeful that the suspension would not be for a long period, to the extent of affecting their turnover for the year.

In northern Nigerian state like Kano, the ban has affected many tour operators who have either an ongoing Saudi visa processing or have already secured visas for their clients.

Nigerian government set to buy up all locally produced gold

Coronavirus can spread through surfaces, objects like desks, telephones- WHO warns 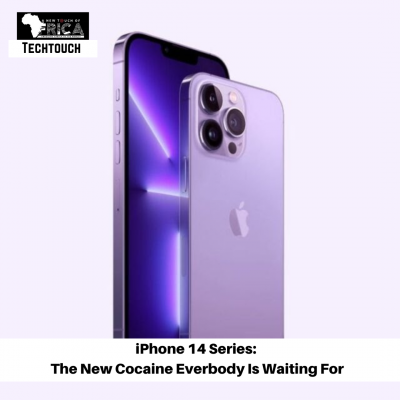