In recent weeks, West African country Senegal, has witnessed and experienced a civil unrest resulting in what is now being referred to as the Senegal protests. Last week the country’s opposition leader, Ousmane Sonko was arrested by the State on alleged rape charges.

Ousmane Sonko, a charismatic 46-year-old opposition leader and MP who finished third in the 2019 presidential election, was arrested last Wednesday after an employee of a beauty salon accused him of raping her.

He denied this allegation and his supporters have since insinuated that it is the latest in a line of moves orchestrated by the ruling party to prevent popular figures such as Sonko from challenging President Macky Sall’s government in elections.

As a result of this, many young people have taken to the streets in the past week, constituting the Senegal protests, which has since left at least eight dead in clashes between protesters and police, bringing parts of the capital, Dakar, to a halt. Many observers say protesters are venting wider frustrations about unemployment, inequality and corruption in one of West Africa’s most stable democracies.

Senegalese MPs are controversially granted immunity from arrest, fuelling accusations that Sonko’s detention was politically motivated. Two other prominent rivals of Sall were previously targeted by criminal charges that prevented them from running for president in 2019.

Sonko, a former presidential candidate and government tax inspector, has galvanised many Senegalese people, particularly the young. He rose to prominence in 2015 after releasing documents he said exposed political corruption in Sall’s ruling Alliance for the Republic party and criticising Senegal’s economic reliance and relationship with former colonial power France.

In a show of force on Monday morning (yesterday), military tanks patrolled the streets of Dakar. However, Ousmane Sonko has been released pending proper judicial proceedings .

Outside the court were his release was announced, groups of Sonko supporters cheered the judgment as a “partial victory”. Despite his release, protests called by his Movement to Defend Democracy party (M2D) are expected to continue.

Aftermath Of The Senegal Protests

The Senegal protests, particularly reminiscent of Nigeria’s “END SARS” protests of October 2020, have yielded a violent outcome. Last Friday, at least four people, including a 20-year-old student, were recorded dead as a result of an aggressive response by security forces who have shot live rounds and teargas.

Video footage posted on social media at the weekend showed a police vehicle speeding into a crowd of protestors and groups of men carrying clubs attacking demonstrators. Some protestors were seen throwing stones and bottles at officers, and some looted French-owned stores in an affluent part of Dakar.

Several demonstrators and opposition supporters have been arrested in a troubling crackdown by authorities, according to Ousmane Diallo, a researcher at Amnesty International in Senegal. He said:

“There are serious concerns about excessive and lethal use of force by the security forces during … [the] protests, but also about arbitrary arrests of supporters of Ousmane Sonko in the weeks before,”.

“Counter-protesters holding sticks and clubs were seen in many places, attacking protesters, while the police was watching”

On Thursday last week, two independent TV stations were suspended for 72 hours by the media regulator, which accused them of excessively reporting on the protests in their coverage, a move Diallo said was “shocking to many in Senegal, a country that has prided itself for its respect of freedoms and liberties, especially freedom of expression”.

Social media users have also reported restrictions on accessing the internet from Senegalese networks, with the se of social media platforms plummeting over the past few days.

Posts on social media under the hashtag “#FreeSenegal” have trended in Nigeria, Ghana and other countries in a continent where young populations are increasingly vocal in their opposition to political elites accused of suppressing democracy and changing constitutions to extend their terms.

Some protesters have looted and vandalised French stores and petrol stations in Senegal, as significant anti-government and anti-French sentiment has unravelled into the streets.

The unrest and deep discontent with the nature of things in Senegal has rocked the country and largely been the driving force of the Senegal protests.

Ousmane Sonko’s supporters have called for three days of nationwide protests this week, though his release could help ease tensions.

International Women's Day: Celebrating All Women Across The Globe 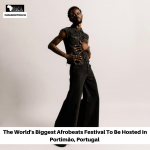 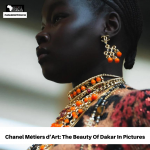 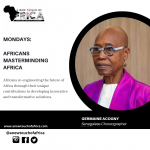